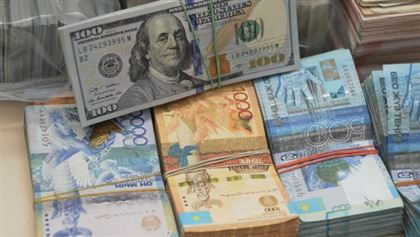 Kazakhstan currency weakens to the US dollar for the fifth trading day in a row. The last time the rate was below the level of KZT 367/$1 more than 2.5 years ago – on February 2, 2016.

The average rate of the dollar on the Kazakhstan Stock Exchange was KZT 369.63 on September 5. The volume of trading exceeded $ 53 million.

Over the past two months, the tenge (KZT) has lost 7.8% of its value against the dollar. In early July, the dollar was traded on the stock exchange at a price of 342-343 tenge.

The National Bank of Kazakhstan previously stated that the weakening of the tenge is due to geopolitical tensions, with the United States’ sanctions policy against a number of countries, in particular Russia. At the same time, the National Bank believes that the policy of the so-called free floating of the tenge without state intervention in exchange rate allows “to avoid imbalances” in the economy.

The main analyst of Teletrade Group Oleg Bogdanov is not surprised by the continued decline in tenge to major currencies.

“In several countries, the negative is exacerbated by political difficulties. For example, in Russia, the sanctions theme and possible US sanctions against Russian banks have a serious impact on the ruble’s dynamics in recent weeks. It is clear that in such conditions, the tenge will follow the general negative trend for emerging markets. The nearest goal for the reduction to the dollar is KZT 370, then KZT 380 / $ 1, and then everything will depend on whether the departure of investors from emerging markets causes a full-fledged crisis,” the analyst believes.

Deputy Director of the Analytical Department of Alpari Natalia Milchakova believes the decrease in KZT may continue for a long time while the negative news background continues.

“We do not exclude that within a couple of months the tenge, if the external negative background is the same and even worse, can fall even to 400 tenge / $ 1,” she concluded.

Tags: Kazakhstan Stock Exchange the weakening of the tenge i US sanctions
Comments: 0