Azerbaijan
8 hours ago-SOCAR expands its network of petrol stations in Romania
9 hours ago-As Part of Modernization of Baku Refinery,Azfen Receives Subcontract of $ 237 Million
5 days ago-Foreign Companies in Azerbaijan Cut Payments to State Budget within PSA Contracts
1 weeks ago-About 93% of SOCAR Revenues Generated Outside of Azerbaijan in 2019
1 weeks ago-Gas Production in Azerbaijan to Be about 45 Bcm in 2022
Turkmenistan 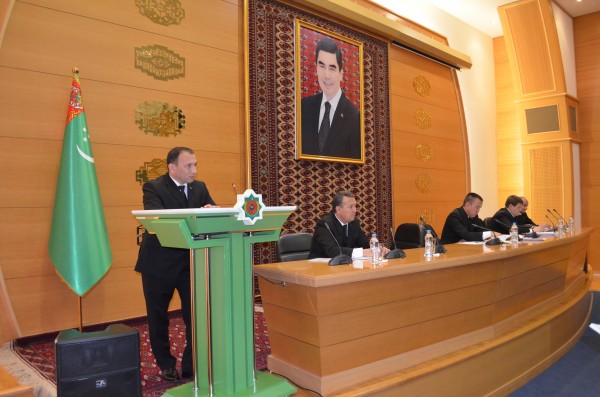 On 8 of July in the Central building of the oil and gas complex of Turkmenistan the meeting under the chairmanship of the Vice-Chairman of the Cabinet of Ministers Myratgeldy Meredov  took place.

There are the results of work of the enterprises of the industry over the past six months, 2018, as well as the implementation of the directives that President Gurbanguly Berdimuhamedov gave the leaders of the complex at the meeting held on 29 May 2018 on the modernization of the sector were discussed.

In their speeches, the heads and employees of the enterprises and institutions of the complex reported on the work performed and the plans for 2018, as well as on the progress of the instructions that the head of the state gave to the heads of the complex at the recent meeting.

The reports also provided information on the progress of the construction of the gas chemical complex in Kiyanly. At present, the plant management in cooperation with the state commodity exchange of Turkmenistan carried out the relevant work on the sale of plant products on the market.

It was also reported about the work carried out at the plant for the production of gasoline from natural gas in Ovadan-depe. Currently, the plant is carrying out commissioning works. In this regard, the Vice-Chairman noted the special importance of accelerating the construction and commissioning of gas chemical complexes.

The relevant managers reported on the work carried out on the repair of compressors along the West-East gas pipeline.

Special attention was also paid to the increase in production at the fields of “black gold”, as well as the development of new oil fields.

The head of the Turkmenbashi complex of oil refineries reported on the work carried out to increase the volume of exports and the range of exported products. It was also reported about the construction of an oil company in Dashoguz velayat.

At the end of the meeting, Vice-Chairman Meredov noted the essential importance of the oil and gas sector in the stable development of the country’s economy, and emphasized that the timely execution of all orders and the achievement of the goals set by the President of Turkmenistan, are a priority for each employee of the industry.