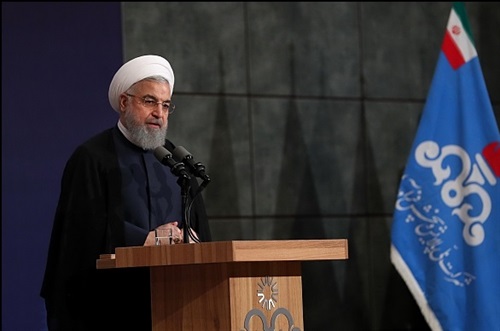 President Hassan Rouhani of Iran told his US opposite number not to play with the lion’s tail by threatening Iran. 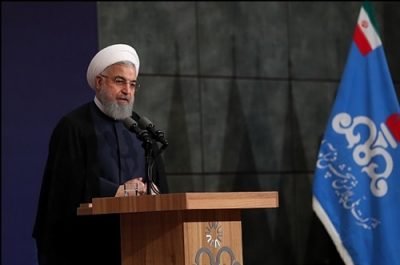 He made the remarks at a meeting with the heads of Iran’s diplomatic missions in world countries in Tehran on Sunday.

The Iranian president reminded America of Iran’s long reach in the region.

“Iran’s strategic depth reaches the [Indian] Subcontinent to the east, and the Mediterranean to the west, the Red Sea to the south, and the Caucasus to the north,” he said. “We rooted Daesh out and saved the people in the region; we take pride in ourselves.”

Under the administration of President Donald Trump, the US has taken an increasingly hostile approach toward Iran.

On May 8, Trump unilaterally withdrew the US from a 2015 multilateral nuclear deal with Iran over the objections of Europe as well as Russia and China — the other parties to the deal, which is officially known as the Joint Comprehensive Plan of Action (JCPOA).

Most recently, the Trump White House has announced that it seeks to supposedly bring Iran’s oil sales down to “zero.”

The measures would collectively cause difficulties for Europe to maintain trade ties with Iran. Nevertheless, Europe and Russia and China have decided to explore ways to maintain the JCPOA and trade with Iran.

Iranian officials have said the US measures equal an “economic war” on Iran.

In his Sunday remarks, President Rouhani said threats against Iran would have the opposite effect.

“Threats will further unite us [Iranians]; we will certainly defeat America,” he said. “That will carry some costs for us, but the benefits will be greater.”

“The US’s latest conspiracy [against Iran] has been to attempt to wear the Iranian nation down [and lead it into submission,” President Rouhani said. “You must know [however]: the Iranian nation is honorable and will never be servile to anyone.”

‘Isolated America should not be given chance to recover’

The Iranian president referred to the stance of the remaining parties to the JCPOA versus that of America and said the US has become isolated as a result of its unilateral withdrawal.

“The US is clashing with the whole world over the JCPOA,” he said, adding, “The isolated America should not [be given a chance to] recover.”

‘Don’t you want to play with the lion’s tail!’

Earlier, and on a trip to Europe, Rouhani had said that if Iran is made incapable of selling its oil, so will other countries in the region — a relatively implicit statement that has been taken to mean that Iran may block its waters in the Strait of Hormuz, through which many international oil cargoes pass.

On Sunday, he repeated that threat — this time unambiguously.

“No one with even a basic understanding of politics will ever say, ‘We will block Iran’s oil exports,’” President Rouhani said, reminding America that, “We have many straits; the Strait of Hormuz is but one.”

He had more advice for Trump.

“Mr. Trump! We are men of honor and [have been] the guarantors of the security of the region’s waterway throughout history. Don’t you want to play with the lion’s tail! It will be something [for you] to regret,” he said, reported Presstv.

‘You declare war on Iranians and speak of support for them?!’

The US has recently launched “an offensive of speeches and online communications meant to foment unrest” among ordinary Iranians, according to Reuters.

On Sunday, US Secretary of State Mike Pompeo was scheduled to give a speech titled “Supporting Iranian Voices” to opponents of the Islamic Republic in California.

Apparently referring to that campaign by the US, President Rouhani said America “cannot incite the Iranian nation against the security and interests of Iran.”

“You declare war on the Iranian nation and speak of support [for them]? You are all over the place in the region. Know what you say!” the Iranian president said.

‘The bullying liar that is Trump’

On Saturday, Leader of the Islamic Revolution Ayatollah Seyyed Ali Khamenei said that talks with the US would be futile as neither America’s word nor even its signature were credible.

“In the face of the bullying liar that is Trump, surrendering will mean allowing the looting of Iran,” he said.

President Rouhani did say, however, that Trump presented “both a threat and an opportunity.”