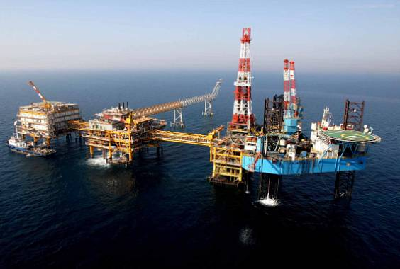 The CEO of Pars Oil and Gas Company (POGC) said plans were under way to add 84 million cubic meters per day to the natural gas production capacity of the supergiant South Pars Gas Field by late March 2019.

According to POGC, Mohammad Meshkinfam said construction of 4 offshore platforms belonging to phases 13, 14 and 24 of the massive gas field had made 90% physical progress, adding that the field’s production capacity was envisaged to increase by 84 mcm/d by March 20 2019.

Construction of platforms C14, B13, D13 and A24 had so far progressed 90 percent, he said during a visit to the yard of Iran Marine Industrial Company (SADRA).

SADRA has been awarded construction of 10 South Pars platforms of which two one has been installed and the second one is ready for loading, Meshkinfam said, adding the arrangements for holding licensing rounds for loading, installation and commissioning of the platforms were under way.

He further said that five South Pars platforms were scheduled to be installed at their designated spots by late September. A fifth platform, A14, is currently under construction at the yard of Iran Shipbuilding and Offshore Industries Complex Company (ISOICO) in Bandar Abbas, southern Iran.

The official further said that two gas processing trains of the onshore refining facilities belonging to phases 22 to 24 of the gas field were also planned to come online by August.