The draft convention on the legal status of the Caspian Sea presupposes the possibility for the member countries to lay submarine pipelines, the document announced by the Russian government says. 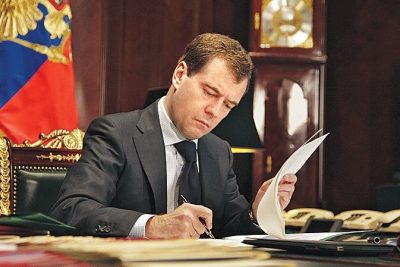 Russian Prime Minister Dmitry Medvedev signed Decree No. 714 “On submitting to President Vladimir Putin proposals on signing the Convention on the Legal Status of the Caspian Sea.” The document of 21.06.18 was published on June 22 at the official portal of the government’s legal information.

The Convention defines and regulates the rights and obligations of the parties with respect to the use of the Caspian Sea, including its waters, bottom, subsoil, natural resources and airspace over the sea.

According to the document, each side establishes territorial waters that do not exceed 15 n miles in width, measured from the baselines defined by the convention. The outer boundary of territorial waters is the state border. The delimitation of internal and territorial waters between states with adjacent coasts is carried out by agreement between them taking into account the principles and norms of international law.

The countries-participants of the Convention establish a fishing zone with a width of 10 nautical miles, adjacent to the territorial waters. The delineation of fishing zones between states with adjacent coasts is carried out by agreement. In its fishing zone, each country has the exclusive right to fish for aquatic biological resources.

In addition, the States that have signed the Convention will have the exclusive right to regulate, authorize and conduct marine scientific research in their territorial waters, in their fishing zone, related to aquatic biological resources and with the exploration and development of bottom and subsoil resources.

Note that the official Tehran still believes that the bottom of the Caspian Sea should be divided between all the Caspian littoral countries equally, that is, each country should have has 20%. Therefore, since 2001 it has been complaining about Azerbaijan’s Araz-Alov-Sharg exploratory bloc, as well as the Turkmen exploratory bloc. Turkmenistan also has its own view on the seabed section of the Caspian Sea on a special principle, because of which, for more than two decades, Baku and Ashgabat cannot develop the Kyapaz / Serdar oil field.

In turn, Azerbaijan, Russia and Kazakhstan decided all the issues among themselves and in practice have never conflicted when developing the fields.