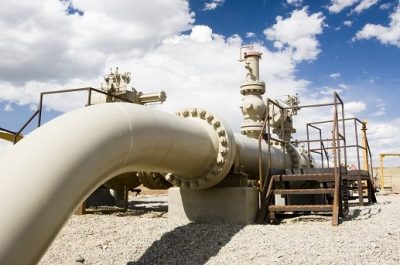 The President of Turkey invited his Turkmen counterpart to take part in the opening ceremony of the Trans-Anatolian gas pipeline (TANAP), the State News Agency of Turkmenistan reports.
“Turkmenistan attaches great importance to cooperation with Turkey, which is developing dynamically, both bilaterally and within the framework of international organizations on the principles of mutual understanding, mutual respect, in the interests of both peoples,” the Turkmen president said.
Berdymukhamedov and R.T. Erdogan noted the existence of a solid mutual potential for intensification of cooperation, including in the fuel and energy sector.
“Rich in hydrocarbon deposits, Turkmenistan is ready to put them at the service of universal progress and sustainable development,” Berdimuhamedov said.
He also stressed that Turkmenistan, which has more than enough gas to meet all its obligations on the existing routes and planned, advocates equitable distribution of energy resources based on the balance of interests of the supplier country, the transit country and the final consumer.
Expressing support for Turkmenistan’s gas diplomacy on the world stage, Recep Erdogan invited Gurbanguly Berdimuhamedov to open the Trans-Anatolian gas pipeline (TANAP) on June 12.
Berdimuhamedov expressed gratitude for the invitation. This issue will be considered in the appropriate order, through diplomatic channels.
During the conversation the leaders of Turkmenistan and Turkey also considered prospects for cooperation in the transport sphere.
“The logistical system of international importance, which is being formed in Turkmenistan, turns our country into a major transport and transit hub of Eurasia, especially taking into account the recently commissioned new International Sea Port in the city of Turkmenbashi,” Berdimuhamedov said.
The telephone conversation took place on the initiative of the Turkish side.
The TANAP pipeline is part of the “Southern Gas Corridor” project, which involves the transportation of “blue fuel” from the Caspian region to the countries of the European Union. At the first stage, Sakha is supposed to transport Azerbaijani gas, in the future – “blue fuel” from other countries, including Turkmenistan.