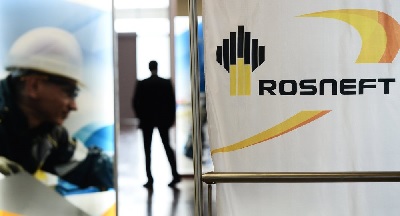 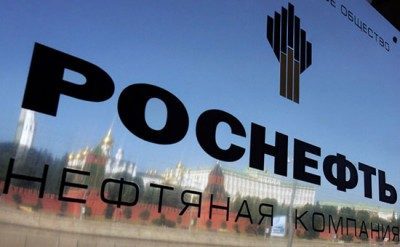 Rosneft, headed by Igor Sechin, a close ally of President Vladimir Putin, controls around 40 percent of Russian oil production, making it key to Moscow’s efforts to temporarily limit oil production under a deal led by OPEC and Russia.

Rosneft said on Monday that its crude output was down 1.2 percent in January-March to 4.57 million barrels per day (bpd), compared with a year earlier, due to Russia’s obligations under the deal with OPEC that was first agreed at the end of 2016 and later extended until the end of 2018.

Rosneft said it was ready to add over 100,000 bpd of production quite quickly if needed. The average price of Urals, Russia’s flagship oil blend, rose by 25 percent year-on-year to $65.2 per barrel in the first quarter, Rosneft said.

Alexander Novak, acting energy minister while a new government is being formed after Putin was sworn in for a new term as president last week, told reporters on Monday that the oil market is fundamentally rebalancing as the supply curbs led to global oil inventories shrinking.

Asked if U.S. President Donald Trump’s decision to pull out of the nuclear pact with Iran and to impose sanctions on Tehran had any implications for the oil supply cut deal, Novak said he had discussed the issue by phone with Saudi Energy Minister Khalid al-Falih.

Novak gave no details but said he planned to discuss Iran-related issues with Falih during the Saudi minister’s visit to St. Petersburg for an economic forum at the end of May.

Rosneft said its first-quarter sales were up 22 percent year-on-year to 1.72 trillion roubles, below the 1.76 trillion expected by analysts.

Its earnings before interest, tax, depreciation and amortization (EBITDA) rose by 16 percent to 385 billion roubles, while January-March cash flow stood at 142 billion roubles.

Rosneft, which has been pursuing an aggressive acquisition policy, expanding its global reach in India, Iraqi Kurdistan and other places, did not disclose its net debt.

Rosneft is under Western sanctions imposed in 2014 over the Ukraine crisis that limit its ability to raise funds on Western markets and to use some Western drilling technologies. Sechin is also on the U.S. sanctions list, barring him from traveling to the United States.

According to calculations by Aton brokerage, Rosneft’s net debt declined by 2 percent compared with the end of 2017 to 3.4 trillion roubles ($55 billion), excluding pre-payments.

“This points to 2.2x net debt/EBITDA based on our full-year EBITDA forecast, compared to 2.5x seen at the end of the preceding quarter,” Aton said in a note on Monday.

Rosneft announced a series of measures on May 1 to improve shareholder returns, such as a $2 billion share buyback and plans to cut total debt and trading liabilities by a minimum of 500 billion roubles.

Sechin, commenting on the results, said the company “expects further reduction in liabilities and improvement in shareholder returns.” Rosneft shares were flat on Monday, slightly better than the overall Moscow Exchange index which was down 0.4 percent.

Oil major BP owns 19.75 percent of Rosneft. Qatar’s sovereign investment fund QIA will hold almost 19 percent after agreeing to raise its stake after a deal to sell some of the Rosneft shares to China’s CEFC collapsed. ($1 = 61.7707 roubles) (Reporting by Vladimir Soldatkin, Olesya Astakhova and Denis Pinchuk; writing by Vladimir Soldatkin and Katya Golubkova editing by Jason Neely and Adrian Croft)