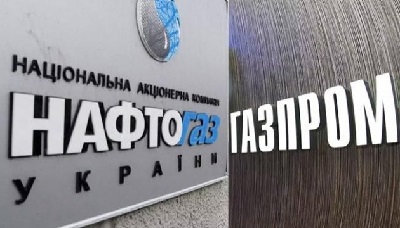 30/05/2018
Author: Ilham Shaban
Views: 203
Naftogaz supervisory board has decided to recognize the achievements of the company’s employees with bonuses for winning the transit case in the Stockholm arbitration process against Russia’s Gazprom.

The total reward equals USD 46.3 million, 1% of the awarded USD 4.6 billion. Personal income tax and other deductions from this amount paid to the state of Ukraine will exceed USD 9 million.

The reward list includes 41 staff members who made a significant direct or indirect contribution to the successful outcome. The list includes employees at various levels of the company, and the reward reflects each person’s contribution.

“Naftogaz case against Gazprom was exceptional in terms of both the amount of claims and the outcome. No one has ever achieved such a significant victory over Gazprom in arbitration. Regardless of the skepticism around the management’s decision at the beginning of the transit arbitration, the outcome is stunning. Naftogaz team demonstrated high professionalism and commitment,” Naftogaz supervisory board chairperson Clare Spottiswoode explained the decision.

“When we initiated the transit case back in 2014, the lawyers told us that it would be impossible to win. The text of the contract signed in January 2009, during Gazprom-generated gas crisis, provided little instruments to defend our position. Nevertheless, we spent almost four years working hard on this case, and we won. It is an important milestone in Ukraine’s struggle for its energy independence. If Naftogaz had failed to win the two cases in Stockholm, Gazprom would have claimed a debt of more than a half of Ukraine’s GDP. I am grateful to my team who kept up the fight and worked on this case with commitment and effect,” Naftogaz CEO Andriy Kobolyev commented on the supervisory board’s decision.

The first tranche of USD 20.7 million (UAH 541 million) is expected to be paid to the listed employees this month. The amount equals 1% of the awarded payment reflected in Naftogaz’ financial statements 2017. The rest of the reward will be paid within three years and depends on the success of enforcing the rest of the awarded amount from Gazprom (USD 2.6 billion).

The claims and counterclaims in both supply and transit cases between Naftogaz and Gazprom totaled USD 125 billion, making this the world’s largest commercial arbitration process.

Naftogaz assesses the overall positive effect on the company of both arbitration cases at USD 85.1 billion.

Gazprom’s attempts to challenge the arbitration outcomes do not prevent the enforcement of the awards.