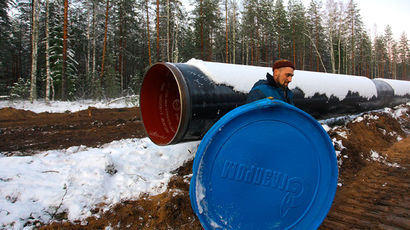 Russian gas giant Gazprom will fully suspend gas exports to Turkey via the Blue Stream, the company said on Thursday. Due to the repair of the Blue Stream gas pipeline, Gazprom will suspend gas supplies to Turkey for nine days.

“From May 15 to 23, 2018, a complex of scheduled works will be carried out at the facilities of the Blue Stream gas pipeline, gas supplies via the pipeline will be suspended during this period,” the agency was told in Gazprom.

In 2017, Gazprom exported in Turkey, 29 billion cubic meters. m of gas, which is 17.3% more than in the previous year. “Blue Stream” is a gas pipeline between Russia and Turkey, which is laid on the bottom of the Black Sea. Its length is about 1213 km.