Gazprom’s exports to countries outside the Commonwealth of Independent States (CIS) in January-April were up 6.3 percent year on year, the Russian gas exporter said on Thursday. 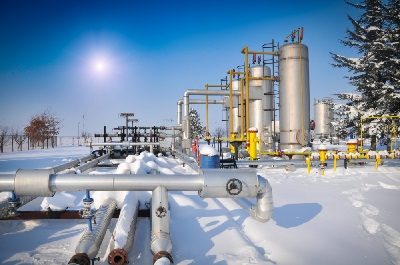 Exports to non-CIS states totaled 70.3 billion cubic meters, the company said in a statement, according to Gazeta.ru.

In April only, Gazprom exported 15.9 billion cubic meters of gas – a historically highest volume for this month.

Last week, Alexander Medvedev, Deputy Chairman of the Management Committee at the Russian gas giant, told Bloomberg that Gazprom is currently shipping as much gas to Europe as it typically does in winter months, and expects demand this summer to be close to winter levels.

The coldest winter in Europe since 2012 depleted storage facilities across the continent that now need to be refilled. Industrial gas-fired power generation increases and economic growth in Europe further boost demand for gas, even if winter is now over and the period is generally a lull in gas demand and markets.

“Minimal historical gas storage levels will mean that summer demand will match winter demand of the not so distant past, given the need to refill the stores,” Medvedev told Bloomberg. “In addition, our gas remains the most cost-competitive,” he added.