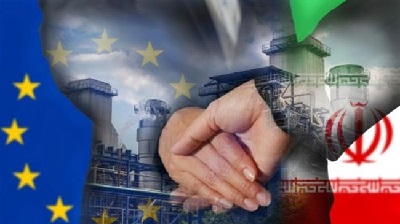 The head of France’s business lobby in Iran said on Friday he feared a mass exodus of European firms following the U.S. decision to impose new sanctions and that EU government efforts to protect their companies were unlikely to be enough. 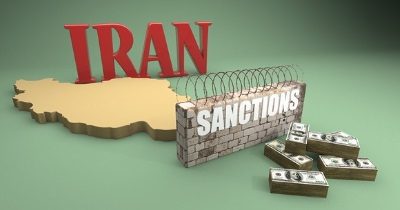 European leaders want to salvage the 2015 nuclear deal between Tehran and world powers, which lifted most of the international sanctions that have badly hurt the Iranian economy in exchange for curbs on its nuclear program.

But EU officials say there is no easy way to protect EU firms and banks from the extraterritorial nature of U.S. sanctions that Washington has reimposed and larger firms have already started signaling their intent to pullback from Iran.

“Sadly, what we can fear is a mass withdrawal of European firms,” Mathieu Etourneau, managing director of the French Centre for Business in Tehran, said at a conference at the French Institute for International Affairs.

“The political pro-activeness of governments is good, but we have the feeling that it will not be enough to ensure companies keep their activities in Iran.”

French energy group Total, which arguably signed the most symbolic contract between Iran and Western powers since 2016, said on Wednesday it might quit its multi-billion-dollar gas project in Iran unless it secured a waiver from the sanctions.

Etourneau said the presence of big companies like Total initially had a ripple effect of bringing smaller companies from the sector into the market, but that its departure would naturally send the opposite signal.

“What we’re seeing develop is that companies will seek exemptions and waivers, but the American stance is so intransigent on the question that we think it’s unlikely they will be granted,” he said.

Among tools being studied, EU officials are trying to revamp a blocking statute to encompass U.S. President Donald Trump’s decision to revive Iran-related sanctions after the expiry of 90- and 180-day wind-down periods, including sanctions aimed at Iran’s lifeblood oil sector and transactions with its central bank.

Etourneau said he was skeptical on its efficiency and the ability to introduce it quickly enough, especially as companies needed to make decisions within the next few weeks to ensure they abide by the wind-down periods.

“We have the feeling that the American position for Iran is regime change so what can you do within that framework?” he said.

Smaller French banks with clients operating in Iran have already started telling those customers they are unlikely to be able to continue providing services after Aug. 6, he said, adding that sanctions linked to the central bank would make financial activity even more complicated.

“With the absence of banking support all economic sectors will be impacted, including those which have had exemptions such as health and the food industry,” he said.