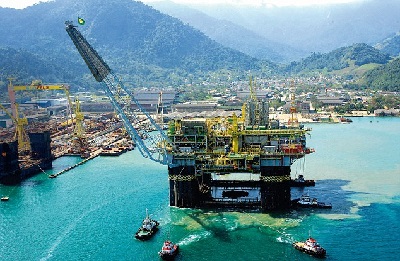 The Brazilian government expects to rake in 6.8 billion reais ($1.89 billion) through the so-called fifth round of bidding for stakes in the country’s choice pre-salt offshore oil play, the government said on Friday.

In the coveted pre-salt area, billions of barrels of oil are trapped under a thick layer of salt beneath the ocean floor. Bidders compete for stakes there by offering the biggest percentage of oil after cost to the government, which also receives a fixed bonus from the winning group.

Earlier this month, Brazil’s energy policy council CNPE proposed Sept. 28 as the date for the fifth round auction, which should include blocks in the Saturno, Tita, Pau-Brasil and Southeast of Tartaruga Verde fields in the Campos and Santos basins.