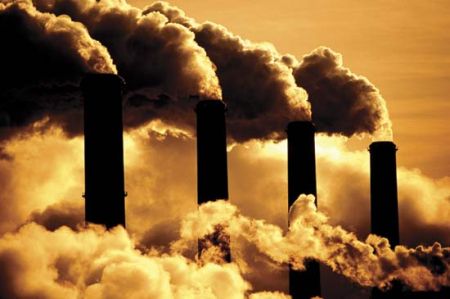 “As a result of measures taken by the State Oil Company of Azerbaijan Republic (SOCAR), was observed reduction of 16.7% in quantity of pollutants and 45% in greenhouse gases in last seven years.”

“One of the prerequisites of sustainable development is preservation and rehabilitation of environment. According to instructions of the President Ilham Aliyev, SOCAR – being at the forefront of environment protection movement, which took increasingly wide scope throughout the country – during last 15 years had implemented many projects for the continuous improvement of environment and reduction of fumes and greenhouse gases emitted into atmosphere in Baku and in the regions engaged in oil production. For example, we can talk about the project of “Reduction of the associated gas burnt on flare system” implemented jointly by BP and SOCAR at the block of fields “Azeri-Chirag-Guneshli” (ACG).

According to him, only as a result of this project the emission into atmosphere about 150 mln. cubic meters of the associated gas was prevented: “Beginning from 2006 and until now, the employees of SOCAR reclaimed and rehabilitated more than 1900 ha of lands which had been polluted with crude oil and oil products in former times in Azerbaijan, and planted there more than 700,000 various tree herbs and brushwood.”