Azerbaijan
1 days ago-SOCAR expands its network of petrol stations in Romania
1 days ago-As Part of Modernization of Baku Refinery,Azfen Receives Subcontract of $ 237 Million
6 days ago-Foreign Companies in Azerbaijan Cut Payments to State Budget within PSA Contracts
1 weeks ago-About 93% of SOCAR Revenues Generated Outside of Azerbaijan in 2019
1 weeks ago-Gas Production in Azerbaijan to Be about 45 Bcm in 2022
Azerbaijan 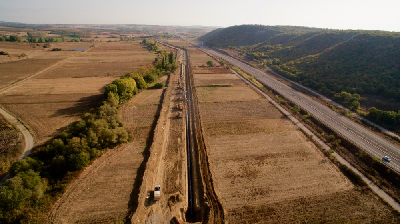 “The construction of the Greek section of the TAP gas pipeline, 550 km long, from the Evros Gardens to the Greek-Albanian border, in Kristalopigi, Kastoria, will be completed in November 2018,”.

Report informs citing the Greek media project director for Greece, Katerina Papalexandri, said during a briefing on the progress of the works in Kastoria.

“Tests will be carried out by mid-2019, when hydrocarbon introduction will begin and in 2020 the project will be ready for commercial operation,” she added.

The pipeline will initially transport 10 billion cubic meters of gas a year from Azerbaijan’s Shah Deniz reservoir to Europe, with a 20-billion-cubic capacity doubling prospective, and will be linked to three points (in Pella, Kastoria and Kozani) with the Greek gas system.

The TAP laying ceremony took place on May 17, 2016 in Greek Thessaloniki. The first deliveries of Azerbaijani gas to Europe are planned in early 2020.