A consortium of European companies consisting of Italian Snam (60%), Spanish Enagas (20%) and Belgian Fluxys (20%) won a tender for the privatization of 66% of the Greek operator of the DESFA gas infrastructure for 535 million euros, the members of the alliance said. 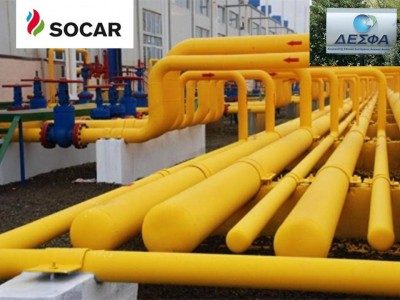 “Snam, Enagas and Fluxys – the shareholders of the TAP project – will be able to accelerate the development of the Greek gas infrastructure system in the next few years, fully realizing the potential of Greece as a gas hub, which will further develop the domestic market, as well as other transit initiatives,” .

The first tender for the sale of 66% of DESFA was held in June 2013. It was won by the State Oil Company of Azerbaijan (SOCAR), which offered 400 million euros. However, in November 2016 the deal was torn up – the European Commission banned the sale of the controlling stake in DESFA, demanding to reduce the SOCAR stake to 49%, and the Greek authorities refused to reduce the price of the stake.