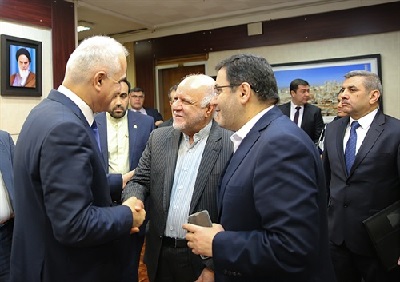 Iranian Minister of Petroleum Bijan Zangeneh described the progress of oil talks between Tehran and Baku as good. 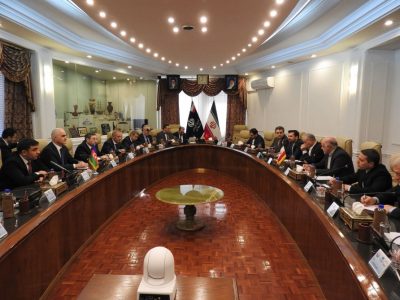 During a meeting with visiting Azerbaijani economy minister, Shahin Mustafayev, in Tehran on Tuesday, Zangeneh said: “We hope that the ongoing talks between Iran and Azerbaijan will lead to an agreement between the two countries during the visit of the [Iranian] president to the country [Azerbaijan] in the early days of the next [calendar] year.”

The official further underlined the growing ties between Iran and Azerbaijan in all areas, adding that the presidents of the two countries have a great role in these relations.

He stated that the National Iranian Oil Company (NIOC) is in good terms with the State Oil Company of Azerbaijan Republic (SOCAR), and “we hope that we can further develop these relations in the oil and gas sector”.

“Cooperation with the SOCAR is on the agenda based on the international conventions,” the official added.

He also expressed optimism that the ground will be set for a leap in the bilateral relations of the two countries, especially in the energy sector, during Iranian President Hassan Rouhani’s visit to Azerbaijan in the first days of the next calendar year.

Azerbaijani Minister of Economy and Industry Shahin Mustafayev said the relations between Iran and Azerbaijan are expanding as intended by the presidents of the two countries.

He said the President of the Republic of Azerbaijan is particularly keen on developing relations with Iran.
Shana.ir