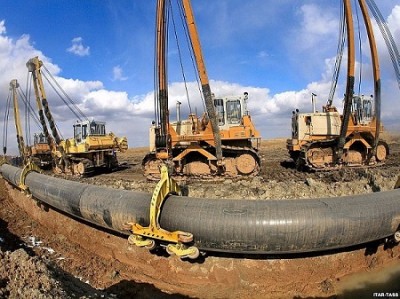 24/03/2018
Author: Ilham Shaban
Views: 309
A motion introduced by the Green group to oppose “projects of common interest” based on fossil fuels, including the Southern Gas Corridor, envisaging transportation of Azerbaijani gas to Europe was rejected by a large majority of members of the European Parliament (MEPs), EUROACTIV reported. 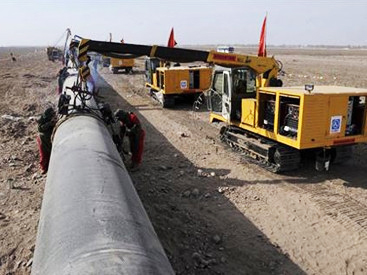 The Greens introduced the Motion for a Resolution considering that the majority of gas projects listed in the European Commission’s list of Projects of Common Interest (PCI) are incompatible with the commitments made under the Paris Agreement.

Krišjānis Kariņš, a Latvian MEPs who is the EPP’s spokesman in the Industry Committee, slammed the attempt of the “populist Greens and their followers” to block the PCIs. He stated it would have been “pure madness” to block the projects, and that opposition to the PCIs would mean scrapping the Commission’s proposal to invest €873 billion in key projects, many of which are not based on fossil fuels.

“MEPs cannot cherry-pick with projects they want to oppose”, he stated. He explained that the vote would endanger all 173 projects, including a sea connection for renewable energy between Spain and France in the Biscay Gulf, and a project to transport wind-generated industry between Denmark and Germany.

The Southern Gas Corridor is one of the priority projects for the EU and provides for the transportation of 10 billion cubic meters of Azerbaijani gas from the Caspian region through Georgia and Turkey to Europe.

At an initial stage, the gas to be produced as part of the Stage 2 of development of Azerbaijan’s Shah Deniz field is considered as the main source for the Southern Gas Corridor projects. Other sources can also connect to this project at a later stage.

As part of the Shah Deniz Stage 2, the gas will be exported to Turkey and European markets by expanding the South Caucasus Pipeline and the construction of Trans-Anatolian Natural Gas Pipeline (TANAP) and Trans-Adriatic Pipeline (TAP).