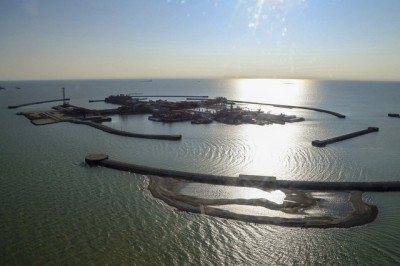 Four promising fields are going to be developed in Atyrau region near the giant field Kashagan, Kazinform reports.

According to Bruno Jardin who has given an interview to Kazinform, NCOC is evaluating the options of Kashagan development stages. The company has almost completed significant research of the concept of potential joint development of the fields Kalamkas-sea and Khazar operated by CMOC.

There are several cost saving solutions to ensure profitability of the project. The shareholders of the project will continue engineering work after receiving approval from the Government. At the same time NCOC still considers synergy options for development of Aktoky and Kairan fields including the possibilities of their joint development with future Kashagan stages.

At present oil production at Kashagan has reached 300 thousand barrels per day.