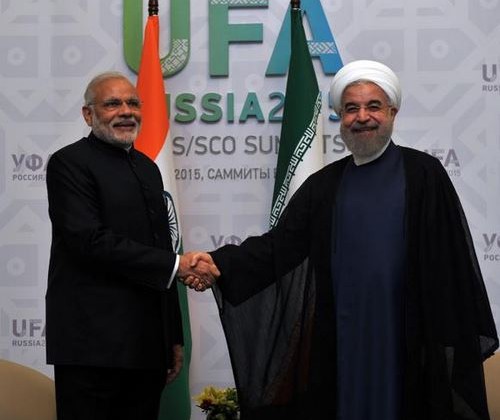 India’s contribution to the development of Iran’s Farzad B gas field in the Persian Gulf is among the issues to be discussed between the two countries during the trip of Iranian President Hassan Rouhani to India this week, according to the Indian media.

Farzad-B, with estimated reserves of 12.8 trillion cubic feet of gas, was opened in 2008 by a consortium of three Indian companies: ONGC, Oil India Limited and Indian Oil Corporation.

The Indians were supposed to develop the field after its exploration, but they stopped their activities after the West intensified sanctions on the Islamic Republic in 2012.

With the lifting of the sanctions, India once again called for the development of Farzad B by ONGC Videsh which is the overseas investment arm of the country’s biggest energy exploration firm. According to an agreement, the Indians were first to submit a technical plan and then a financial proposal for the development of the field, but Iran did not agree with the other side’s financial proposals.

India’s decision to cut Iranian imports came after Tehran refused to submit to New Delhi’s demand for exceptional concessions on the development of Farzad B.

Iranian Oil Minister Bijan Namdar Zanganeh stressed that Iran was not worried about the Indian cuts as he oversaw the signing of a basic agreement with Russia’s Gazprom for the development of the gas field. “India’s cut of oil imports from Iran will not cause any trouble to us as we have other buyers,” he added.

Zanganeh said despite an extension of deadlines, India has not offered an acceptable proposal for the development of the gas field.

“Their proposal was not profitable to Iran … We sent (the) Indians a letter and told them we are keen to continue negotiations, but under sensible conditions, not under threats.”