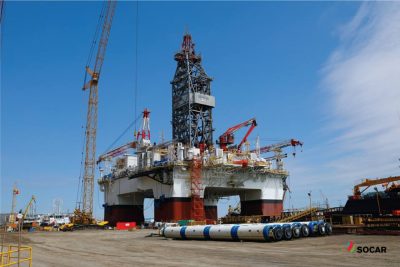 The semi-submersible floating drilling rig (SSDR) Heydar Aliyev went to sea on February 23 to perform drilling operations at the Absheron field in the Azerbaijani sector of the Caspian Sea. This is stated in the message of Caspian Drilling Company (CDC). 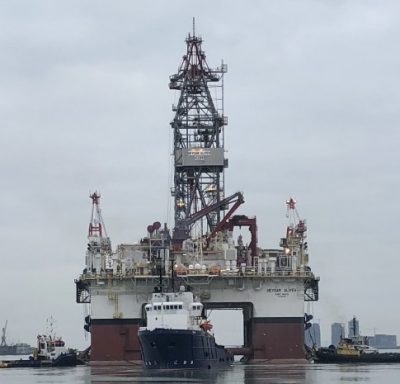 According to the information, SSDR Heydar Aliyev will drill the production well ABD-001 for production of the first gas within the framework of the Absheron project.

The ceremony of sending the rig to the sea was attended by CDC CEO Farid Akhundov and the head of Total Azerbaijan Denis Lemarchal.

The well will be drilled at a depth of 450 meters. Well operation is planned for the beginning of 2020. At the first stage, it is planned to extract 4.3 mcm of gas and 12,000 barrels of condensate daily from the field. All gas produced within the first stage will be channeled to the domestic market of Azerbaijan.