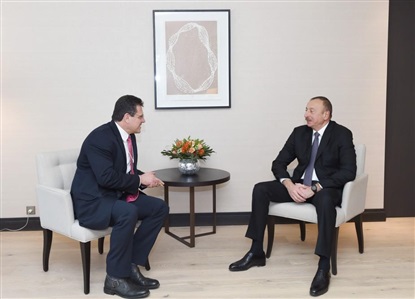 Deputy Chairman of the European Commission for the Energy Union Maros Shefcovic will meet with President of Azerbaijan Ilham Aliyev and Russian Energy Minister Alexander Novak at the margins of the World Economic Forum in Davos, according to the public schedule of the European official. 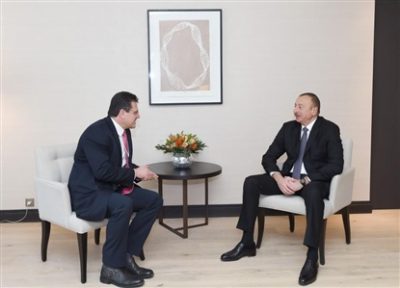 The meeting with Ilham Aliyev is scheduled for January 24.

A source close to one of the parties told Interfax that the meeting with Alexander Novak was organized on the initiative of Maros Shefcovic. The meeting will discuss, first of all, gas issues, including those related to gas supplies to Ukraine and the Nord Stream 2 gas pipeline.

The previous meeting between Shefcovic and Novak took place in Astana in June 2017.

Also on January 24, the deputy chairman of the EC will meet with the head of Lukoil Vaghit Alekperov, Ukrainian President Petro Poroshenko, Georgian Prime Minister Georgy Kvirikashvili, and US Energy Secretary Rick Perry.