Azerbaijan
9 hours ago-SOCAR expands its network of petrol stations in Romania
9 hours ago-As Part of Modernization of Baku Refinery,Azfen Receives Subcontract of $ 237 Million
5 days ago-Foreign Companies in Azerbaijan Cut Payments to State Budget within PSA Contracts
1 weeks ago-About 93% of SOCAR Revenues Generated Outside of Azerbaijan in 2019
1 weeks ago-Gas Production in Azerbaijan to Be about 45 Bcm in 2022
Azerbaijan 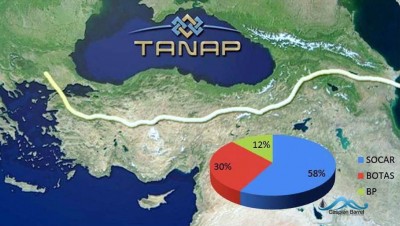 More than 630 kilometers of pipes have been laid within the construction of the Trans Adriatic Pipeline (TAP), the TAP consortium said. 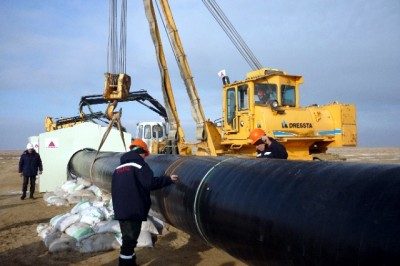 “The laying of pipes is completed in the territory of more than 633 kilometers,” the consortium said in a statement on its official Twitter page.

The € 4.5 billion TAP is part of the Southern Gas Corridor project and will be connected to another gas pipeline, TANAP, on the Turkish-Greek border: it will be laid on the territory of Greece, Albania, across the bottom of the Adriatic Sea, and then sent to the south of Italy.

The initial capacity of TAP will be 10 bcm per year with the possibility of doubling it.