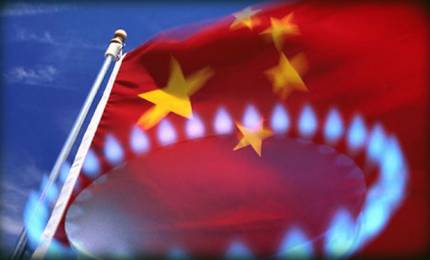 NC KazMunayGas and the Chinese National Oil and Gas Corporation have agreed on a prospective increase in the export of Kazakh gas to China to 10 bcm per year. This is reported by Kazinform with reference to KazMunayGas.

The parties also noted the need for further development of the gas transportation infrastructure and modernization and expansion of the capacity of the existing gas pipelines.

CNPC highly appreciated the implementation of the previously reached agreement on the supply of Kazakh gas. It was also decided to step-by-step increase the capacity of two lines, A and B, of the main gas pipeline (MG) Kazakhstan-China by the end of 2019. To expand transportation through Kazakhstan’s territory, it is planned to increase the capacity of MG Beineu-Bozoy-Shymkent by building new compressor stations and modernizing the existing ones.

Deliveries of natural gas from Central Asian countries to China via the Central Asia-China gas pipeline increased by 13.4% to 38.7 bcm in 2017.

Since the beginning of the introduction of the transnational gas pipeline in late 2009, a total of 203.2 bcm of gas has been transported to China. The major share of gas production is provided by large deposits – Karachaganak (49%), Tengiz (31%) and Kashagan (14%).