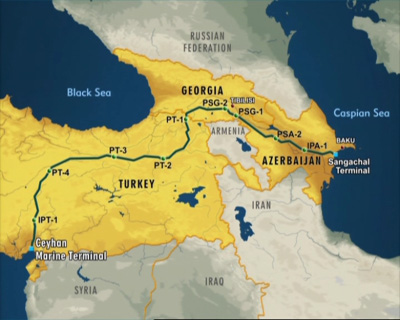 In January-October 2017, oil transportation via main oil pipelines of Azerbaijan made 39 127,1 thousand tons.

Report informs referring to the State Statistical Committee (SSC), 78,9% of the transportation was carried out via Baku-Tbilisi-Ceyhan (BTC) oil pipeline.

During the reporting period, the volume of shipments by main oil pipelines was 2.8% less than in the same period last year.