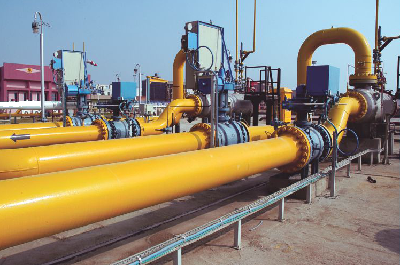 GECF expects the CIS to be the largest gas exporter over the period by 2040 and Russia, Turkmenistan, Azerbaijan, and Uzbekistan are the most important contributors to this expansion.

Pipelines will remain the dominant vehicle for natural gas trade over the outlook period.

“Currently, the share held by the CIS of total pipeline exports is 50 percent. In other words, half of the gas received through pipelines and consumed in a country other than where it was produced, is output from the CIS region. This share will grow to 69 percent by 2040. Developing pipeline infrastructure from the CIS region to two important demand nodes (Europe and China/India) is the main reason for this increase,” said the report.

GECF analysts noted that as far as the medium-term is concerned, some significant pipeline projects in the aforementioned regions will become operational in about four years: the Southern Gas Corridor (SCPX, TANAP and TAP), the Nord Stream 2, the fourth line of the Asia-China gas pipeline D, the Turkish Stream and the Power of Siberia.

Lower production costs and increasing demand from these regions will drive the expansion of pipeline trade in the long-term, according to the report.