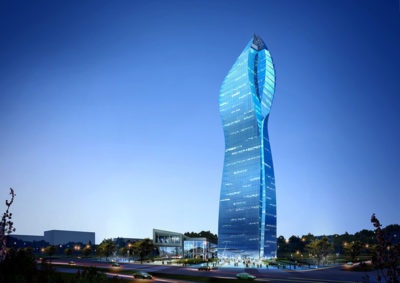 It is planned to allocate funds from the next year’s state budget to increase authorized capital of the State Oil Company of Azerbaijan Republic (SOCAR).

According to minister, these funds will be used in two directions. “The first direction is expansion of oil and gas fields exploitation and maintenance of their (old fields) production levels and the second one is reconstruction and modernization project of the Heydar Aliyev Baku Oil Refinery.

Reserves are exhausted in the old fields exploited by SOCAR. It is important to maintain production levels of these fields and not to lose them. Because if we do not have our own resources, we will have to buy product from abroad. Therefore, it would be the proper way to use our resources as efficiently as possible. From this point of view, allocation of funds to SOCAR from the state budget is completely proper”.

Sharifov noted that reconstruction and modernization of Baku Oil Refinery is also an important factor. According to him, funds will be allocated from the budget for this purpose during several years: “This should be regarded as an infrastructure project. Because this is vitally important project for Azerbaijan. We should not depend on anyone for supply with oil products”.

Notably, reconstruction and modernization project of the refinery is planned to be implemented in three phases (bitumen, diesel and gasoline). The plant’s processing capacity will rise from current annual 6 million tons to 7.5 million tons after modernization and reconstruction. Currently, new bitumen equipment is being installed at the plant with annual production capacity of 400,000 tons which will put into operation in the third quarter of next year.