Construction of one of the most important pipelines of Gazprom, which will strengthen the position of Russian gas in the European market, is at the final stage. Russia and Turkey are preparing a protocol on the beginning of the laying of a new overland section of the Turkish Stream.

This was stated by the Minister of Energy of the Russian Federation Alexander Novak yesterday joining the TV channel Russia 24.

According to him, Russia expects that Turkey will sign the protocol already this year.

“The issue of signing a protocol between Gazprom and the Turkish Ministry of Energy on the implementation of the transit section on the territory of Turkey is under consideration,” he said.

In turn, Deputy Energy Minister Anatoly Yanovsky told Interfax that Turkey has given Gazprom a positive 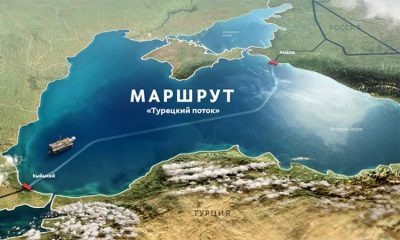 The issue of the price of gas supplied by this gas pipeline is currently not discussed at the level of the Ministry of Energy, he said.

* The Turkish Stream begins from the Russian compressor station near Anapa, passes 900 km through the Black Sea to the town of Kiyikoy on the coast of Turkey (west of the Bosporus) and then passes through Turkish lands to the border with Greece. According to Gazprom’s plans, Turkish consumers will begin to receive gas through the Turkish Stream gas pipeline in late 2019.