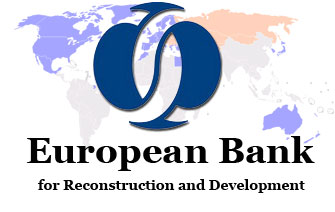 The Board of Directors of the European Bank for Reconstruction and Development (EBRD) on October 18 will consider the issue of a $ 500 million loan for financing the construction of the Trans-Anatolian gas pipeline (TANAP), the bank said.

The EBRD intends to provide a loan to CJSC Southern Gas Corridor (SGC) under the guarantee of the Azerbaijani state.

The total cost of financing the construction of TANAP is estimated at $ 8.6 billion, of which the share of CJSC SGC is $ 5 billion.

“Along with the EBRD, a number of other international financial institutions are participating in the financing of TANAP. The World Bank has provided $ 800 million, the Asian Infrastructure Investment Bank – $ 600 million, and the European Investment Bank is also considering financing the TANAP project,” the report said.

According to the bank, SGC, which includes TANAP, is an important strategic project of gas infrastructure aimed at enhancing the security and diversification of energy supply to Europe and Turkey.

The EBRD notes that the Southern Gas Corridor will not only connect Azerbaijan with the European gas market, but will also expand the interconnection within the regional gas network.

“Thus, the project will contribute to the creation of an integrated, well-functioning European gas market and will promote interregional trade. With the potential for increasing capacity, the project could also link a wider region around the Caspian Sea with Turkey and Europe and strengthen the integration of the gas market in South-Eastern Europe,” the report said.

* JSC Southern Gas Corridor was established by the order of the President of Azerbaijan from February 25, 2014 to finance the Azerbaijani share in the Shahdeniz-2 project and the export gas pipelines TANAP and TAP. SOCAR owns 49% of the JSC and the Ministry of Economy of Azerbaijan owns 51%.