French Total, with 50.1 percent stake, signed a $4.8 billion worth agreement with Iran to develop the phase 11 of South Pars gas field. CNPC and Iran’s Petro Pars have 30 percent and 19.9 percent stakes as well. 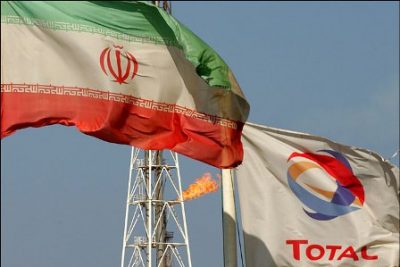 The 20-year deal, based on newly designed contract model, called Iran Petroleum Contract (IPC), can be extended for 5 years further, and would become operational in two stages.

Total CEO Patrick Pouyanné said earlier that the revenues from the $1 billion investment preponderate the risk of probable US sanctions on Iran.

So, why does Total think the project is of value, despite the risks?

Indeed, the project is a part of bigger deal between Iran and Total: Preventing the output fall of South Pars by installing huge platforms with 20,000 tons weight, each carrying 2-3 mega compressors.

In 2023, South Pars would reach dew point and the pressure of the field would decrease as much as that the output is expected to decrease by 40 percent.

Currently about 64 percent of Iran’s total 240 bcm/yr of commercial gas output comes from South Pars. Iran has produced 1 trillion cubic meters gas from the field, while Qatar has produced 2.5 times more than Iran.

The first step in developing South Pars phase 11 includes construction of a 20,000-ton platform with compressors with worth $2.5 billion, to compensate the pressure fall.

Iran would need 13-15 mega platforms and it is expected that all of them would use Total’s technology, due to lack of infrastructure and technology in Iran.

Iran and Total signed a memorandum of understanding on all phases of South Pars in 2016 and French giant has been studying the field.

The worth of new heavy platforms and compressors for South Pars is estimated at around $30 billion, and participation of Total in the projects looks very profitable.

It is not clear whether Iran would inject the South Pars phase 11’s gas to its gas network, to export that via pipeline or to liquefy it for LNG exports.

But Iran has an abandoned semi-finished LNG project with 10.5 million tons per year capacity. Some $2.5 billion has been invested in it in 2000s, but further $6 billion is needed for it to be completed.

The project was originally designed to liquefy phase 11’s gas and recently Total announced that it is keen to get involved in this project.

Iran’s LNG plant is considered to be another profitable opportunity for Total.