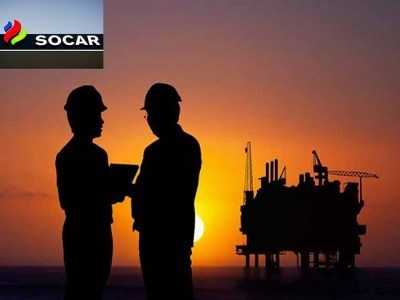 “The placement of the SOCAR rating on the CreditWatch list reflects the uncertainty as to whether a possible significant deterioration in the assessment of its own creditworthiness (SACP) is compensated by state support if the negative dynamics of the indicators observed in 2016 do not reverse quickly enough.”

The agency notes the risk of possible significant deterioration in the company’s SACP score (current level is “b +”). Potential risks stem from the lack of clarity about the company’s financial policies and management approach to capital expenditure, liquidity management and significant trading volume.

Positive impact on the rating of SOCAR (“BB”) is currently being rendered by “extremely high”, according to the expectations of the agency, the probability of obtaining support from the state.

“We continue to believe that SOCAR plays a “critical” role in the Azerbaijani economy, which is highly dependent on the oil and gas sector, but we will need to assess how the government controls the company’s consolidated financials, its capital expenditures and risk management practices, Including in the subsidiaries of SOCAR outside of Azerbaijan. We will also need more detailed information about what support mechanisms can be used by the government to support the investment program of SOCAR and (if necessary) liquidity,” is emphasized in the press release.

S & P intends to analyze the reasons that the state may have for supporting the growth of SOCAR’s business not directly related to oil and gas production in Azerbaijan (for example, trade operations and the construction of chemical and oil refineries in Turkey).

“In addition, we note that the International Bank of Azerbaijan (IBA), which accounts for about 40% of the assets of the banking system of Azerbaijan, announced the restructuring of the debt in May 2017. As much as we understand, the money resources of SOCAR on accounts in the IBA are not subject to restructuring. But we will see whether the government will cover the company’s losses in the event of their occurrence. In general, we will have to determine whether this indicates a change in the policy of the government of Azerbaijan with regard to the support of other organizations related to the state, in particular SOCAR,” the report says.

Financial results of SOCAR in the end of 2016 turned out to be worse than analysts of S & P expected: the adjusted ratio “free cash flow from operating activities to changes in working capital (funds from operations – FFO) / debt” was only 10.5%. The adjusted debt index increased from 12.8 billion to 18.4 billion manat ($ 10.4 billion), mainly due to a significant negative amount of free cash flow (FOCF).

Only 0.9 billion manat out of the total capital expenditure of 4.5 billion manat was provided with state financing in the form of an infusion of capital, and the value of cash flow from operating activities was minimal due to a large outflow of working capital in the amount of 2 billion manat, which was associated with trading.

“We continue to consider debt-like obligations, a put option on the shares of the Turkish subsidiary Steas (2.8 billion manat) and long-term advances in the deferred sale of shares in key strategically important projects (such as the Shah Deniz project and construction of pipelines connected with this project, 2.9 billion manat), as instead of raising borrowed funds, the company accelerated the process of monetizing assets and in 2023 will have to transfer the largest strategic assets of CJSC Southern Gas Corridor. These obligations actually become a priority in relation to the repayment of the issue of Eurobonds of SOCAR in 2030,” the press release says.

The requirement to restructure the debt does not apply to the money of SOCAR in the amount of 1.1 billion manat (as of the end of 2016), placed in the defaulted IBA. According to the company’s management, these funds are still available to finance capital or operating expenses. “Nevertheless, we believe that the company is exposed to the risks inherent in the weak financial system of Azerbaijan, as well as other risks associated with activities in Azerbaijan, including those associated with low domestic prices and fluctuations in the exchange rate,” the agency notes.

S & P underscores significant uncertainty about the future financial performance of SOCAR and will try to get more detailed information about the company’s investment plans, expected financing from the state and the possible receipt of cash from new projects after their completion.

SOCAR takes part in the implementation of several major strategic projects, which should be completed in 2018-2020. However, there is considerable uncertainty about the degree of involvement of the company in these projects and the availability of projects by public funding.

The international project to develop a large Shah Deniz gas field in Azerbaijan is a key one and provides for a significant increase in production – by almost 16 bcm (currently about 10 bcm), as well as the construction of pipelines to increase gas supplies to Turkey and South Europe in 2018-2020.

“The government considers this project to be strategically very significant for the country and is ready to finance a significant part of its capital expenditures. In addition to these large capital expenditures, SOCAR invested heavily in the construction of a carbamide and refinery plant, and acquired a methanol plant for 810 million manat. In our opinion, these projects may have less strategic importance for Azerbaijan and will be financed at the expense of the company itself,” is outlined in the message.

In addition, the agency notes the significant (and growing growth) of the volume of SOCAR’s trading operations and wants more detailed information on their share in the generated EBITDA and working capital increase, as well as on risk management practices for these operations. “As far as we understand, about 3 billion manat from the total volume of the consolidated short-term debt of SOCAR as of the end of 2016 (6.7 billion manat) is connected with trade operations,” the press release says.

SOCAR is a vertically integrated oil and gas company of medium size.

“We plan to withdraw the SOCAR rating from the CreditWatch list within the next 90 days after the reassessment of the company’s connection with the state, the government’s plans for its support and the characteristics of its own solvency of SOCAR.

Depending on our assessment of the probability of providing state support, the SOCAR rating can be confirmed or lowered by one step. We can also downgrade the company’s rating by two steps if we come to the conclusion that the probability of the company getting support from the state is lower and we will reconsider SACP’s assessment in the direction of worsening by two steps (up to “b-“),” the report says.

S & P will also conduct an assessment of SOCAR’s planned own capital expenditures, expected capital inflows from the state and the impact of increased trading. “We will also need to get more detailed information about financial policies, risk management and corporate governance in the company. We can revise the SACP assessment (most likely, 1-2 steps down) if the adjusted ratio of FFO / debt to Less than 12%, significant pressure on liquidity indicators or detection of shortcomings in the company’s risk management system,” the press release says.