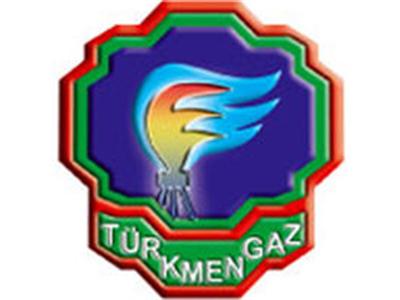 Turkmenistan’s state-owned gas company Turkmengaz has failed to pay off a debt of $2.45 million it accrued over the past two years to the Chinese company CSR Ziyang Co. Ltd, which supplied two shunting locomotives for the company’s Compound No. 2 in Mary. 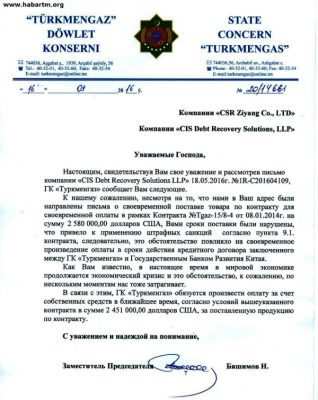 ATN received copies of official documents detailing that the manufacturer of the locomotives had originally delayed the first delivery by one and a half months, triggering a penalty of $129,000 against CSR Ziyang Co. Ltd as stated on the contract.

On August 13, 2015 the locomotives were finally delivered to the Farab station. One year later, in September 2016, Nepes Byashimov, Turkmengaz’s deputy chairman, assured the partners that the payment for the shipment would be executed “in the near future,” yet the outstanding debt of $2,451,000 remains unpaid at the time of writing.

“For the past year, Turkmengaz has simply ignored all our letters and all our attempts to call or set meetings,” Taras Kopii, a senior advisor to the CIS Debt Recovery Solutions law firm, told ATN. His company is CSR Ziyang Co. Ltd’s legal attorney and has a mandate to settle this dispute.

Importantly, Turkmengaz took a loan from the State Development Bank of China to buy the locomotives, but pledged to pay back the debt from Turkmengaz’s own resources.

“The current situation shows that Turkmengaz is an insolvent company, despite its size and significance, and that its management is incompetent,” Kopii said.

Now, Kopii and his firm have circulated information regarding the unreliability and possible default of Turkmengaz with several of its potential partners.

“We will try to contact the Turkmen diplomatic missions abroad, through an insurance company and a creditor bank, and if this also fails, the matter will probably be raised in an international arbitration,” Kopii said.