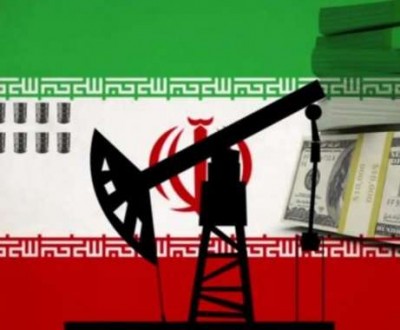 Since November 2015, when Iran introduced its newly designed oil and gas agreement model, called Iran Petroleum Contract (IPC), the country hasn’t issued any tender yet due to domestic challenges and criticism.

Iran had planned to offer 49 oil and gas projects worth $100 billion (80% of which projected to be attracted from foreign funding) to foreign companies based on IPC.

Meanwhile, IPC is yet to be approved by the National Supreme Security Council.

According to IPC, foreign companies can become the projects’ operators and own a percentage of produced oil as far as the field is active.

IPC is very similar to Iraq’s oil agreements, which pay cash money per an extracted barrel for foreign company as far as the field produces oil.

The most complicated issue for Iran is that about 80 percent of its active fields are in their second half-life and lose 0.3 mb/d of their productivity annually. On the other hand, the recovery rate of Iran’s oil fields is about 25 percent.

Iran needs foreign investment and technology to maintain the production level or increase it in the coming years.

According to the statistics of International Energy Agency, the global oil discoveries fell to a record low in 2016 as companies continued to cut spending. On the other hand, the global oil and gas investment in 2015 decreased by 25 percent year-in-year to $585 billion.

In this situation, it is very hard for Iran to attract foreign investment based on old buy-back contract model, though the cost of oil extraction in Iran is very low.

The problem is not limited to Iran’s oil sector. The country has invested $70 billion in South Pars gas field and further $20 billion is needed for full completion of the project to increase the output from the current 500 mcm/d to 720 mcm/d.

However, in 2022, the pressure of reservoir would decrease and the production volume would fall by 25-30 percent. Iran needs $30 billion more to replace the current 1500-ton platforms with 15,000-20,000-ton ones, as each can carry 2-3 compressors to compensate 70 percent of production fall.

Iran’s another gas project – the Kish field, is far behind schedule, despite being in development since last decade.

Iran should have invested $2.5 billion in this project to produce 28 mcm/d of gas from the first phase until 2017, but it has invested only $250 million. The project may become operational by 2022.

Iran’s gross gas output stands at 285 bcm/y and is expected to increase by 90-100 bcm/yr by 2020. But it will fall after 2022, while the gas demand growth would be significant in the next five years.

Iran has no choice but to issue tenders based on IPC to develop its 49 oil and gas fields in coming years to prevent oil and gas output drop.