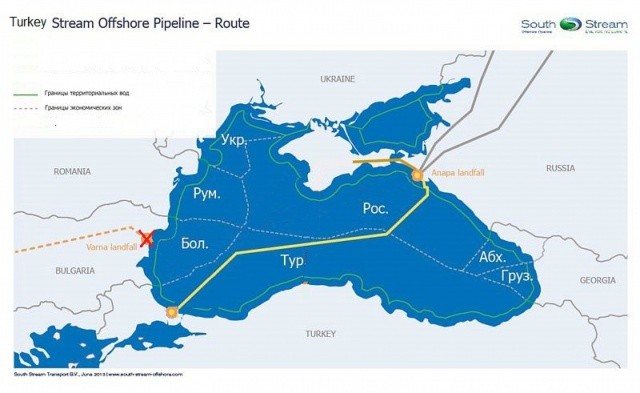 On May 7, Gazprom started the laying of the Turkish Stream gas pipeline, Gazprom said.

The Audacia ship of the All Seas Company (the world leader in the laying of underwater pipelines), which is a contractor of both strings of the offshore section of the gas pipeline, is laying the pipes. Audacia will subsequently pull the pipes from the shore through micro-tunnels.

In the deep-water part of the Black Sea, the Turkish Stream will be built by the Pioneering Spirit pipe-laying vessel.

“The project is implemented strictly according to plan, and by the end of 2019 our Turkish and European consumers will receive a new reliable route for the import of Russian gas,” the head of Gazprom, Alexei Miller, is quoted in the message.

In December 2016, Gazprom signed a contract with the All Seas Group for the construction of the first line of the offshore section of the gas pipeline with the option to lay the second line. The length of the sea section of the Turkish Stream will be about 900 km – it will pass from Anapa, where the work began, to the Turkish coast of the Black Sea 100 km west of Istanbul. The maximum depth of the laying of the pipes is 2,200 m.

The first line of the gas pipeline is intended for the Turkish market, and the second – for the countries of Southern Europe. The power of each thread is 15.75 bcm of gas per year.

Russia and Turkey signed an intergovernmental agreement on the construction of the Turkish Stream in October 2016. President Vladimir Putin ratified the agreement in February 2017.

According to the TV channel Russia 24, Gazprom plans to spend on the project more than 40 billion rubles in 2017.