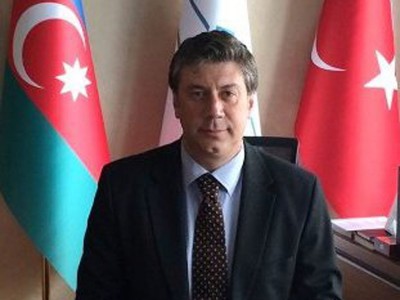 First test gas into the Trans-Anatolian Pipeline (TANAP), which will transport Azerbaijani gas to Turkey and then to Europe, will be pumped in January, 2018.

He noted that at present, 80% of the works on the section from the Turkish-Georgian border to Eskisehir (Phase-0) has been carried out: “Mechanical works on “Phase-0″ are expected to be completed by the year end. After that, commissioning works will begin. First test gas will be pumped in January, 2018. After the tests, the pipeline will be ready for commercial gas in June, 2018. We have launched talks regarding operations. A large number of workers have been received and currently, trainings are conducted for them”, he added.

According to TANAP Director General, 45% works have been implemented in the section stretching from western Eskisehir to Europe (Phase-1).

S.Düzyol said that a total of 70% of the works has been completed on TANAP: “Underwater works on TANAP section passing through Dardanelles Strait will be implemented this summer. Malaysian “SapuraKencana” company will bring a self-balancing vessel capable of operating in the water without moving, to the region to construct sea passage. Two 36-inch underwater pipelines will be strung”.

Notably, TANAP is a pipeline, which will transport the gas produced by development of second phase of Azerbaijan’s ‘Shah Deniz’ field in the Caspian Sea to Turkey and then to Europe. TANAP, which is the branch of the Southern Gas Corridor project, is being constructed in the territory of Turkey. The pipeline will connect to Trans-Adriatic Pipeline (TAP), designed to transport Azerbaijani gas to Europe through Turkey-Greece border.