Azerbaijani President Ilham Aliyev states that there are forces preventing the construction of the TAP (Trans Adriatic Pipeline) pipeline. 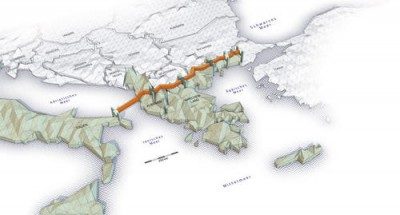 “One of the key issues facing Azerbaijan today is the completion of the Southern Gas Corridor (SGC) project. This project is being successfully implemented,” Ilham Aliyev said at the official reception on the occasion of the national holiday of Azerbaijan – Republic Day.

He recalled that the SGC project includes four components.

According to the head of state, the implementation of the Stage-2 project of development of the Shah-Deniz-2 field has been carried out by 93%. The second project is the South Caucasus Pipeline, where the work is fulfilled by 85%. The third is the construction of the TANAP (Trans-Anatolian gas pipeline), according to which the work is 72% complete. In the TAP project, the work has been completed at 42%.

“I would like to note that according to the plan, the amount of work performed on the TAP project should have been 45%, so the current backlog is 3%. I want to especially note that at present great efforts are being made to prevent the construction of the TAP gas pipeline, groups are being created, and as a reason, contrived environmental problems are presented,” the head of state underlined.

“According to the information we have, there is a lot of funding behind all this. That is, these groups are created in an artificial manner, without any reason. It is clear why they want to stop this project or delay its implementation,” Aliyev said.

“But I’m sure there will not be any problems in the implementation of this project,” the President added.