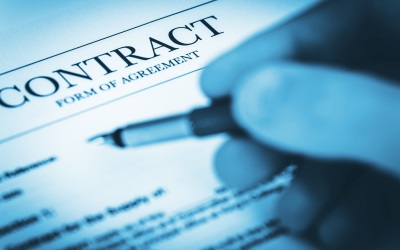 The Parliamentary Committee on Natural Resources, Energy and Ecology recommends Milli Majlis of Azerbaijan to approve the Risk Service Contract for exploration and development of the block of offshore fields Umid-Babek.

The Parliamentary Committee for Natural Resources, Energy and Environment discussed on Friday the Risk Service Contract signed between SOCAR and SOCAR Umid Oil and Gas Limited, as well as the Agreement on Exploration and Development of the Umid-Babek Block in the Azerbaijani Sector of the Caspian signed between SOCAR Umid Oil and Gas Limited and Umid, Babek Exploration & Production.

Presenting the agreements, the head of the committee Valeh Alexeyrov noted that maintaining the full control over gas supply in the domestic market of the country and reducing dependence on external factors, as well as ensuring domestic demand for gas at the lowest possible prices, is considered the main and strategic goal of the Azerbaijani government. According to him, to achieve this goal, a decision was taken to develop the block Umid-Babek by SOCAR.

Following the meeting, the committee decided to recommend the documents for approval by the Milli Mejlis.

The document, which was submitted to the Parliament, reported that the Risk Service Contract on the development of the block of offshore fields Umid-Babek was signed on January 12, 2017. Although the signing of the contract took place at the beginning of the year, the public was not informed.

The prospective block Umid-Babek is located in the deep-water part of the Azerbaijani sector of the Caspian Sea, 75 km from Baku. The reserves of the Babek structure are estimated at 400 bcm of gas and 80 million tons of condensate.

The decision to resume exploration on the structure was made in 2008. A year later, LLC SOCAR Umid was established by SOCAR (80%) and Nobel Oil Exploration and Production Ltd (20%). SOCAR announced the discovery of the deposit on November 24, 2010. According to SOCAR geologists, the reserves of the Umid field are estimated at 200 bcm of gas and 40 million tons of condensate.

** The Babek structure was discovered in 1954. It is located near Umid, southeast of it. In 1987, the structure was carried out large-scale seismic work and its contours were specified more. It is assumed that in this structure there may be larger reserves of gas and condensate than in Umid. In February 2012, Caspian Geophysical commissioned by SOCAR conducted a 3D seismic survey on the Babek structure.