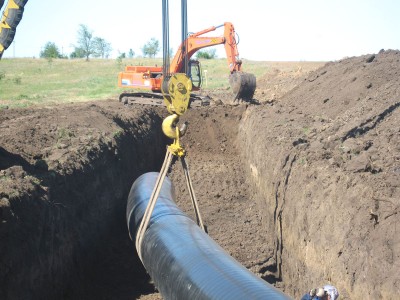 There is no economic sense for Gazprom to buy Central Asian gas just as gas. It needs it as an instrument of influence in its talks with China.

The press office of Gazprom reports that the document provides for 4 billion cubic meters of gas per year to be procured in the period of up to 5 years starting from 2018.

In 2016, Gazprom purchased around 6.2 billion cubic meters of natural gas from Uzbekistan.

According to Alexey Grivach, Deputy Director of the National Energy Security Foundation, one of the key reasons why Gazprom is going to buy gas from Uzbekistan is to supply gas to Kyrgyzstan, where it owns a gas network and guarantees energy stability. “Kyrgyzstan is Russia’s strategic partner and member of the Eurasian Economic Union. Besides, in Uzbekistan, Gazprom has a number of gas production projects, that is, with the Uzbeks it has closer contacts on gas than with the Turkmens. From the Turkmens we just bought gas, but the situation in Ukraine and growing gas production in Russia made those purchases uncompetitive and strategically unimportant,” Grivach told EADaily.

According to Igor Yushkov, senior analyst at the National Energy Security Fund, there is one more goal Gazprom keeps in mind when buying gas from Uzbekistan and Kazakhstan – to prevent them from selling it to China. In an interview to EADaily, he said: “I think Gazprom should order as much Uzbek gas as possible so as to prevent the Uzbeks from selling their gas to China. Gazprom has its own interests in China and does not need any gas contacts between that country and Central Asia. It does not need rivals. So, it is ready to spend money and to buy Uzbek gas just to strengthen its positions in China. There is no economic sense for Gazprom to buy Central Asian gas just as gas. It needs it as an instrument of influence in its talks with China.”

On the same day, Miller and Chairman of the Board of Directors of Uzbekneftegaz Alisher Sultanov signed an agreement on joint geological exploration and engineering and innovation activities. Pursuant to the document, the parties will explore new perspective blocks within Uzbekistan and analyze opportunities for cooperation in the field of engineering.

In 2002, Gazprom and Uzbekneftegaz signed the Agreement of Strategic Cooperation providing for Gazprom’s participation in natural gas production projects within Uzbekistan under PSA conditions.

Since 2004, Gazprom has taken part in the PSA-based gas production recovery process at the Shakhpakhty field.

In 2006, Gazprom and Uzbekneftegaz inked an agreement on the basic principles of geological exploration at investment blocks in the Ustyurt region of Uzbekistan. Gazprom International was appointed as the project operator. In 2009, the Dzhel gas and condensate field was discovered within the Shakhpakhty block.