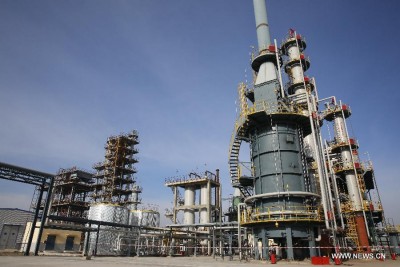 Construction of a carbamide plant of SOCAR in the Sumgait city has been completed at more than 90 percent, the plant’s director Khayal Jafarov told journalists. 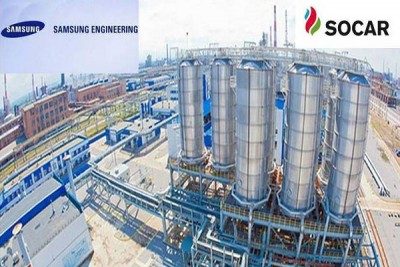 According to him, in general, the work on the project has been completed at 94-95 percent, while the stage of detailed design has been fully completed.

He said that in order to finance the project Korean Eximbank allocated a credit line of 500 million euros.

“We have already received the first tranche for intermediate financing, and we spent 201 million euros, which was received from the Korean bank separately from the principal amount and repaid in full. The next tranche in the loan is expected by the end of this month,” Jafarov said.

The plant will produce 1,200 tons of ammonium daily, where natural gas will be used as the main raw material. Ammonium will be sent to the production of carbamide, the volume of which will be two thousand tons per day or about 700 thousand tons per year.

“This will fully meet the needs of the domestic market, and the remainder, which according to our estimates will be 400-500 thousand tons per year, will be sold in foreign markets, the main of which is Turkey and the countries of the Black Sea coast and the Mediterranean, where carbamide consumption is very high. Export products will be exported by rail and through the Black Sea ports to international markets,” Jafarov said.

According to him, completion of the plant is expected in a year.

“The staff of the plant after the start-up will be about 350. At present, about three thousand people are involved in the construction work,” Jafarov said.

The General Contractor for the construction of the plant is the Korean Samsung Engineering.