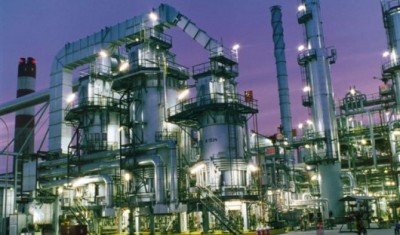 The Oil Refinery named after Heydar Aliyev hosted an official signing ceremony of the agreement with “Azfen” for construction of a new bitumen plant. 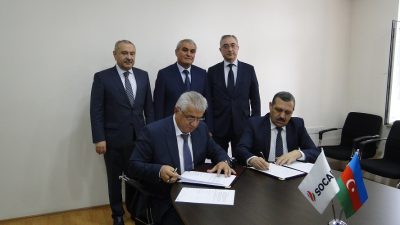 SOCAR Vice-President T.Gahramanov told about importance of the project for the country and provided comprehensive information on works carried out in the plant. It was noted that construction of new bitumen plant launched by president Ilham Aliyev in September 2016 is carried out within project of upgrading Oil Refinery named after H.Aliyev. “Azfen” won the bid for selection of local contractor to carry out construction and installation work of the plant. Vice president congratulated all staff of the company on this occasion.

“Azfen” CEO H.Hasanov expressed his thanks for trust and assured that works in the plant will be completed in conformity with international standards and in timely manner. Finally, the agreement on construction of new bitumen plant was signed. H.Aliyev Oil Refinery CEO Elman Ismayilov and “Azfen” CEO Hamid Hasanov signed the agreement.

Notably, annual production volume of bitumen plant to be constructed within first phase of reconstruction of H.Aliyev Oil Refinery will be 400,000 tons and it will produce EN 40/60 brand high quality road bitumen. The plant is expected to be launched in second half of 2018. This will enable to eliminate former “Azərneftyağ” oil refinery and to clean offshore line for White City project. Operation costs of the plant will be optimized. This will improve environmental condition in Baku city and contribute to social and economic development of the country.