Money keeps coming for the Southern Gas Corridor as it has enjoyed cast-iron support politically – so far, at least. 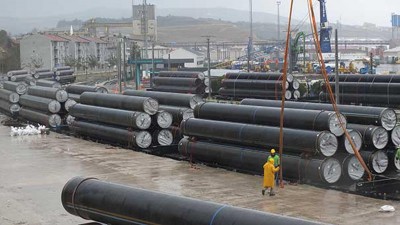 SGC is designed to deliver 16bn m3/yr of gas to Turkey and 10bn m3/yr to the European Union by 2021 in the first stage; and the amount will rise gradually to 31bn m3/yr during that decade.

Touching upon the foreign credits the project has attracted, he said that 2016 was a successful year: “Azerbaijan sold ten-year bonds totalling $1bn with 7% interest in international markets and it attracted $1.5bn credits and $1.276bn worth of syndicated loans for SGC.”

He said the Asian Development Bank approved early December a 15-year, $500mn loan as well as a $526mn syndicated credit for developing SD2.