Yesterday, the Lazio District Court decided to suspend the order of the Italian Ministry of Ecology about the transplantation of 221 olive trees in the Italian city of Melendugno in the Apulia region for construction of the Trans Adriatic Pipeline (TAP), intended for the transport of natural gas from Azerbaijan to Italy. 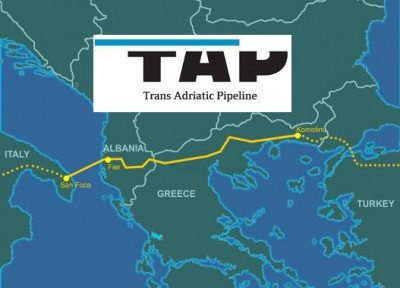 As reported by Reuters, the court’s decision blocks all preliminary works on the construction of the gas pipeline in Melendugno, at least until April 19, when this issue will be re-examined in court.

The Administrative Court of Lazio thus satisfied the claim from the authorities of the Apulia region to annul the order of the Ministry of Ecology of Italy, which gave permission for the transplantation of olive trees.

Reuters notes that if trees are not transplanted before the end of April, then all works for their transplantation will be postponed until November, because the transplantation of trees in the summer can result in their death.

In his turn, the Minister of Energy of Azerbaijan Natig Aliyev, commenting on this event for the publication of haqqin.az, stated: “We concluded an agreement with the Italian government, not with the regional authorities, and this route was not offered by us. And in general, we are familiar with the situation: we encountered similar obstacles during the work on the Baku-Tbilisi-Ceyhan pipeline and other projects.”

* According to the schedule of work, the physical construction of the TAP pipeline should be completed in the second quarter of 2019, then testing of both the pipeline and the pumping stations should start. TAP should accept the first gas from within the Shah Deniz 2 project in early 2020. Italy is to acquire annually 8 billion cubic meters of Azerbaijani gas.