The State Oil and Gas Agency of Georgia announced an open international tender for obtaining general licenses for the use of oil and gas resources on 8 licensed blocks with a total area of ​​about 23,210 square km. 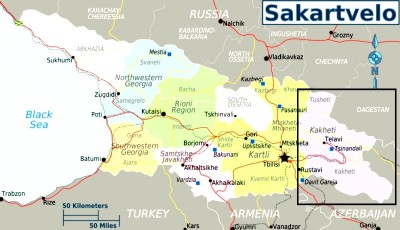 All the tender conditions and information on the license blocks with location, minimum financial and technical requirements, and working versions of the contracts can be received by interested persons free of charge on the basis of a written request.

Applications will be accepted until May 22, inclusive, and on the same day the envelopes will be opened.

For all the years of oil production in Georgia, which began in the 1930s, its total volume as a whole amounted to more than 28 million tons. Currently, there are 12 oil companies in the country that own 25-year licenses for the development of 20 license blocks. Of these, five companies are engaged in oil production, including Indian Jindal Petroleum Ltd., British Canargo Georgia, American Frontera Eastern Georgia, Georgian Georgia Oil & Gas and VP Georgia. The remaining 7 companies are still searching and exploring.