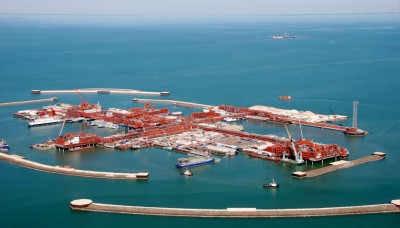 According to NCOC, currently work is carried out in order to increase the level of production to 180,000 barrels per day. The company went on to add that it is expected to reach production level of 370,000 barrels per day after the start of re-injection of associated (sulfur) gas into the reservoir.
Kashagan is a large oil and gas field in Kazakhstan, located in the north of the Caspian Sea. Its recoverable oil reserves amount to 9-13 billion barrels.