Global oil demand will keep growing into the 2040s due to higher consumption of plastic goods even as the electric vehicle fleet expands rapidly and technology revolutionizes transport, BP said in its annual Energy Outlook on Wednesday. 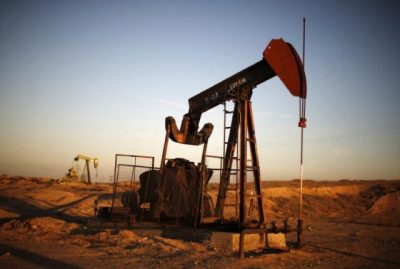 The forecast of sustained demand growth for the fossil fuel comes as other oil companies such as Royal Dutch Shell brace for demand to plateau by the early 2030s while countries gradually shift to less-polluting energy.

In its industry benchmark report, BP forecasts a significant slowing of carbon emissions, which remain well in excess of goals set by governments to fight global warming.

The British oil and gas company also said current recoverable global oil supplies of around 2.6 trillion barrels are sufficient to meet demand out to 2050 twice over.

The abundance of oil could set the stage for a long-term struggle between low-cost producers such as U.S. shale companies, OPEC members in the Middle East as well as Russia and more expensive offshore production in areas such as Brazil, the North Sea and Asia, BP Chief Economist Spencer Dale said.

“Low-cost producers will use their competitive advantage to increase their share relative to higher-cost producers,” Dale told reporters.

He would not provide a forecast for oil prices.