Kazakhstan’s authorities are looking at whether the Karachaganak oil and gas venture, which includes Royal Dutch Shell Plc and Eni SpA, has unpaid taxes. 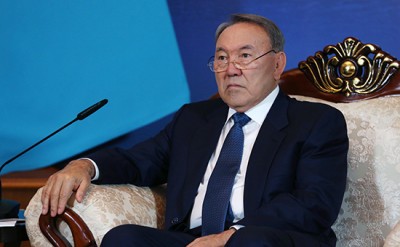 “The tax authorities have tax issues — they didn’t pay,” President Nursultan Nazarbayev said in an interview on Tuesday in Astana, without elaborating. He also confirmed the government is now seeking to change how revenue from the field is shared with the companies, which is allowed by the terms of the contract.

The Karachaganak project, the third-largest in the country, has provoked a number of disputes between the government and international companies. In 2012, the partners in the venture sold part of their stakes to state-run KazMunaiGaz National Co. JSC, settling a more than two-year dispute with the government over how they paid tax and recovered costs. Within the past year, Kazakh authorities have sought a greater share of the profits from the project and considered imposing a penalty of as much as $2 billion on the venture for failing to fulfill contractual obligations.

The production sharing contract for Karachaganak allows the venture partners to keep the majority of profits until they have covered their initial investment costs.

“BG returned its investments, now Kazakhstan says let’s trigger the change,” and the company will retain a smaller share of profit in accordance with the contract, the president said. The company is saying “we have these and those costs — but it’s an economic issue, an issue of the contract.”

The issue will probably be resolved through civil negotiations, he said.

Chevron Corp., which holds 18 percent of the field, and Karachaganak Petroleum Operating BV, the joint-venture company, declined to comment. Lukoil PJSC, which holds 13.5 percent, didn’t respond to a request for comment.

Kazakhstan, which depends on energy products for about three quarters of its exports, needs extra revenue to balance its budget after the slump in oil and gas prices. The price of Brent crude, the international benchmark, remains at about half the level of mid-2014 and the state is still planning to raise extra funds through the biggest wave of privatization in its history.

The partners in Karachaganak need to decide next year whether to invest $6 billion to maintain output of a light oil called condensate at a plateau of as much as 12 million tons a year, according to the Energy Ministry. The field also produces natural gas.