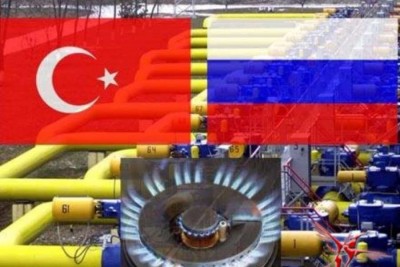 Russia and Turkey have resumed talks on the price of Russian gas for Turkey, the Russian Energy Minister Alexander Novak said in an interview with the Turkish newspaper Hurriyet.

“The question of discounts you are talking about was considered at the beginning of 2015. The talks about the price of gas have resumed and I hope the parties come to a common position,” he said, answering a question about the possibility of discounts for Russian gas for Turkey.

In early August, after the joint press conference of the Presidents of Russia and Turkey, Vladimir Putin and Recep Tayyip Erdogan, Novak said the issue of discounts for Russian gas for Turkey is not on the agenda.

“The situation is completely different compared to when this issue was discussed a few years ago. Firstly, the price has dropped significantly. Today, according to the price formula, the contract prices are competitive, enough corresponding to the market. Therefore this issue is not on the agenda,” then said Novak.

He added that Russia is ready for competition, including price, for the Turkish market with any other suppliers, including Israel.