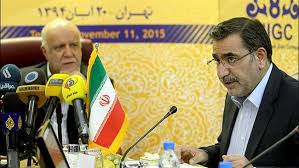 Iran and Turkmenistan have signed a gas swap deal, whereby Iran takes 3mn m³/d from Turkmenistan on its northeast border and delivers the same amount to Azerbaijan from its own reserves at the other side of the country.

There is no pipeline across the Caspian Sea, and so no direct means of shipping gas between the two central Asian republics. Iran is short of gas in its northeast.

The swap fee is paid in cash, Hamidreza Araqi, the director of National Iranian Gas Company, told Iran’s news agency Mehr October 18. But Turkmenistan has not yet confirmed the deal.

President Hassan Rouhani visited Baku in August and the sides also negotiated storing Iranian gas in Azerbaijan facilities. Azerbaijan says it needs 3.2bn m³ of gas to be injected to its storage facilities to test them but so far no agreement has been signed.

Iran and Azerbaijan swap about 350mn m³/yr of gas. Iran removes 15% of Azerbaijani gas amount as fee and delivers the remainder to the Nakhchivan Autonomous Republic, which borders Iran. Iran imported 9bn m³ of Turkmen gas in 2015 but is trying to stop imports.