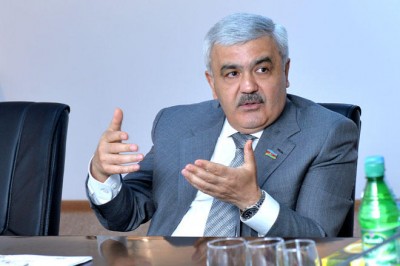 The Southern Gas Corridor (SGC) will bring tens of billions of net profit to Azerbaijan in 2018-2019, President of the State Oil Company of Azerbaijan (SOCAR) Rovnag Abdullayev told Trend in an interview Sept. 2.

“Shah Deniz 2 is one of our most promising projects. The development of the huge Shah Deniz field, which has around 1.2 trillion cubic meters of natural gas and 2.2 billion barrels of condensate reserves, will make it possible to increase the natural gas export and will give a momentum to gas and oil processing,” Abdullayev said.

Currently, SOCAR is on the verge of a new period in the oil and gas industry with such projects as Shah Deniz, Southern Gas Corridor, SOCAR Polymer, STAR refinery, and other large projects, according to Abdullayev.
“SOCAR is now investing its revenues in important industry projects. Once completed, these projects will bring billions of additional revenues to Azerbaijan,” he said.

The Southern Gas Corridor is one of the priority energy projects for the EU. It envisages the transportation of 10 billion cubic meters of Azerbaijani gas from the Caspian region to the European countries through Georgia and Turkey.

At the initial stage, the gas to be produced as part of the Stage 2 of development of Azerbaijan’s Shah Deniz field is considered as the main source for the Southern Gas Corridor project. Other sources can also join this project at a later stage.

As part of the Stage 2 of the Shah Deniz development, the gas will be exported to Turkey and European markets by expanding the South Caucasus Pipeline and the construction of Trans-Anatolian Natural Gas Pipeline (TANAP) and TAP.