SOCAR Polymer annual revenues from exports will amount to $ 400 million, said CEO Farid Jafarov, at a meeting with the President of Azerbaijan in Sumgait. 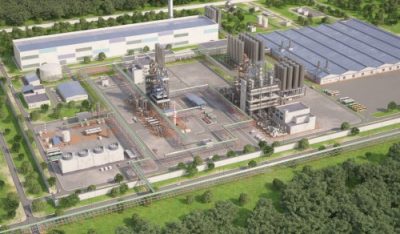 According to him, the company is currently implementing a project worth $ 750 million. So far in the project investment exceeded $ 325 million, of which $ 197 million was credit funds, and $ 128 million – equity.

Jafarov said the construction of two SOCAR Polymer plants are maintained on schedule and in accordance with the approved budget.

The head of SOCAR Polymer recalled that the raw materials for both SOCAR Polymer plants will be provided by the Baku Oil Refinery named Heydar Aliyev and the enterprises Azerkimya after their modernization. He noted that due to this the volume of production of petrochemical products in the country will increase by 3 times.

He added that the production of resin pellets by SOCAR Polymer will open up opportunities for the creation of a large number of small and medium-sized manufacturing enterprises.

The founders of SOCAR Polymer are SOCAR (51%) and Pasha Holding, Gilan Holding and Azersun Holding having 49% altogether.v