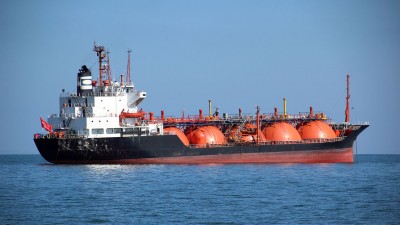 “SOCAR will possibly start “pure trading” in the next five years,” Arzu Azimov, chief executive officer of Geneva-based Socar Trading, said in an interview with Bloomberg.

“Until then it will focus on projects that involve using LNG to generate power in nations from Africa to southeast Asia,” he said.

According to the message, SOCAR is hoping to benefit from emerging nations’ rising power demand, which the International Energy Agency expects to more than double by 2040.

A 46 percent drop in benchmark Asian spot LNG since 2015 and an anticipated jump of 45 percent in supply by 2021 has made the fuel attractive to users that lack pipelines to import gas to produce electricity, the message said.

“When supply rises, people see lower prices, see this resource as more attractive and invest in infrastructure to consume it,” Azimov said.

“SOCAR, which only trades crude and oil products, is participating in tenders for projects to build a power plant together with a regasification and storage facility, both as an equity holder and an LNG supplier,” Azimov said.

He added that the company, which doesn’t produce its own LNG, is a shareholder in and sole supplier to a project nearing completion in Malta.

The plant’s construction costs 175 million euros and its capacity will allow meeting up to 50 percent of Malta’s electricity demand.

Headquartered in Geneva, SOCAR Trading was incorporated in December 2007 as the marketing arm of SOCAR with a mandate to market Azerbaijani barrels produced from the Azeri-Chirag-Guneshli field and other surrounding fields in Azerbaijan.